What’s Up interview: singer-songwriter Drew Angus, playing at the Sound on Sound Festival in CT on September 24 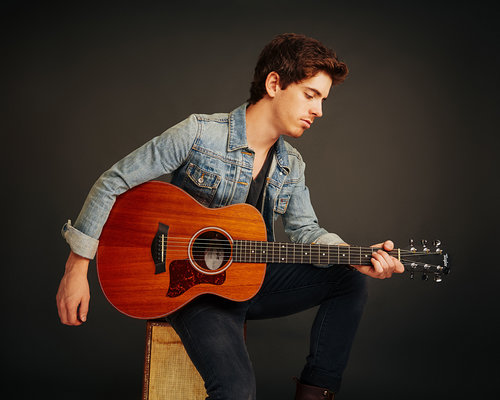 This Saturday, Connecticut singer-songwriter Drew Angus has an intimate little gig in his hometown… in front of over 30,000 fans!

Angus opens the first “Sound on Sound Festival” which begins at noon on Saturday, September 24 at Historic Seaside Park in Bridgeport.

The festival features many household names, music superstars and indie heroes like Stevie Nicks, Dave Matthews, The Roots, Brandi Carlile, Spin Doctors and The Lumineers. Angus is an emerging artist based in Bridgeport who has performed on big stages before, but this one will no doubt be special.

How was the concert born? I spoke to the musician from Ever earlier this week to find out more.

“During the pandemic, I moved back to Connecticut where I grew up. I moved to Bridgeport right across from the concert site. I poke my head into my garden and see across the water where the festival is taking place. It’s really exciting to be able to represent my hometown and kick off the festival in Seaside Park,” said Angus.

Angus had previously lived in Brooklyn, NY, where he honed his craft.

“I moved to New York in 2013 and worked as an event coordinator for a vodka company, serving drinks at festivals all summer. I made some cool friends who were doing covers in New York and who kind of showed me the ropes, I was playing gigs 5-6 nights a week while working on events during the day,” Angus explained.

“At one point I was working at the Gov Ball and I realized, man, this is where I want to be. I dove into the music, and through a lot of hard work, touring, openings for people and music release, I was able to be invited to play at this festival.

He has performed on major stages, recently opening for Pat Benatar on his tour. In 2016, he was a finalist on “American Idol” and appeared on “Saturday Night Live” with Jimmy Fallon. “I also got to sing ‘God Bless America’ and the national anthem at New York Mets games a few times at Citi Field,” he added.

I asked about his creative approach to the festival, with over 30,000 fans expected every day.

“I’ve been playing all my life and it’s a really exciting opportunity to be in front of current fans and a whole bunch of potential new fans,” he acknowledged.

“When you play an opening slot, you have 20 to 30 minutes to turn a crowd that’s there for Pat Benatar or Ann Wilson into Drew Angus fans, so I want to shape the setting so I can tell stories and show my personality. I want to invite and connect with my audience to bring them into my fold, help them fall in love. And also hit them with a little marketing 101,” Angus joked.

Like most musicians these days, Angus is busy releasing new music.

“Earlier this year I released an EP called You and me, a collection of six songs, one of which is called “Made to Love You,” a wedding song with over 300,000 streams to date. It was really cool to see my song performed at first dances all over the world – I get videos from people using my song every week,” Angus said.

If you’re going to the festival, look for Drew Angus at 12:45 on the Seaside Stage.

For tickets and more about the festival, click here.