The Recorder – Singer-songwriter Jeffrey Foucault looks back on his career: “I don’t see an end in sight” 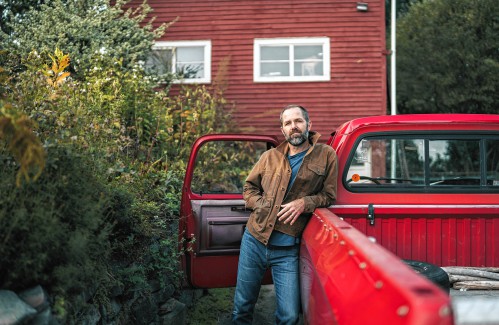 Two decades after the release of his first album, the musical journey of American singer-songwriter Jeffrey Foucault has been â€œa story that never endsâ€.

In a music world that Foucault described as lacking in longevity, the 45-year-old described his come-up as “a needle in a haystack” as opposed to “a needle in a pile of needles. “. Having been discovered at a time when independent music creation and distribution was a much less viable option, his first home recording project helped forge an artistic identity early on. Now, after signing with Northampton-based Signature Sounds, crossing oceans and writing countless songs, Foucault seeks to stay true to that identity, polishing it with no plans to stop.

Growing up in Wisconsin, Foucault said his serious entry into music in the late 1990s began with the opening of shows at CafÃ© Carpe, a popular bar and concert hall in Fort Atkinson, as he was about 21 years old.

â€œThe bar for entry into the industry used to be very high,â€ said Foucault.

He said performing in lively local venues was the key to success as an independent musician in an era when artists lacked access to third-party distributors, streaming services and other modern conveniences. He said that today, because “your 13-year-old cousin can record in his phone, broadcast it to the world and even get free distribution”, getting notoriety is “like a poor person who walks into a gas station and buys a lottery ticket. “

Even when artists manage to explode these days, he added, the scale of the feat is different.

â€œWhen we say it’s easy to be independent, it’s like saying you’re the king of a desert island,â€ Foucault said.

Foucault’s effort to stand out the old-fashioned way has borne fruit. Soon the owner of CafÃ© Carpe noticed his talent and introduced him to other acts. Folk musician Peter Mulvey came to see Foucault’s potential and introduced Foucault’s music to his conductor. In less than two years, Foucault had not only completed his debut album “Miles from the Lightning” at age 24, but he had started touring. In five years, he played 175 nights a year.

Foucault’s music reflects this change in lifestyle. He said that although his early songs focused on where he grew up, his music began to expand to involve all of America and other parts of the world he visited.

One of the most dramatic influences on Foucault’s music during this nomadic period found him while he was on tour in the UK. There he met folk musician Kris Delmhorst, a Boston-based musician, whom he ultimately fell in love with.

After spending time together, the two decided they could get a change of scenery and moved to Greenfield in 2004 as Foucault entered the final stages of production on his second album “Stripping Cane”. Shortly thereafter, Foucault began working on music with a “seasick feeling” of falling in love in America while discovering the “twist” that became apparent because of the war.

After living in Greenfield for six years and becoming parents, the couple moved to Shelburne Falls, where they have lived ever since. Even after all these years living in Franklin County, Foucault said he couldn’t quite pinpoint the area’s impact on his music.

To some extent, not knowing what he’s earned seems to match how Foucault views his career trajectory as a musician in general, citing “unresolved questions” as motivation to take up the pen.

â€œEvery time you take it it’s like a story that never ends and you want to know where it ends,â€ Foucault said.

The skeleton of his sound, however, remains clear. Foucault said that at this point in his career he is focusing more on refining his technique and polishing his sound than innovating something entirely new. He admitted that this was in part because he was part of a role model he noticed in American pop culture.

â€œAmerican culture has come to a point where we’re more concerned with what has already happened,â€ Foucault said. “Most of the music I listen to is made by the dead.”

This does not mean, however, that Foucault is limited in his musical vocabulary. He cited Ariana Grande and Billie Eilish as examples of artists he discovered thanks to his daughter whom he appreciates. His own taste, although relatively old, extends to all genres to inspire him artistically.

Foucault said that when they were children, Little Richard and Jerry Lee Lewis ran the house. As an adult, Foucault was inspired by Bob Dylan, Joni Mitchell, Greg Brown, John Byrne and jazz musicians like Benny Carter and Miles Davis.

â€œIf you get good enough at what you do, you play jazz no matter what you play,â€ Foucault said of the influence of jazz on his music, noting that he had listened religiously to Miles’ records. Davis until adulthood. “Jazz is the most American music we have.”

Foucault said he has no desire to stop making music anytime soon, even with his currently not mainstream music taste and the personal issues that arise. One of his biggest hurdles so far has been the cancer diagnosis of fellow rider and best friend drummer Billy Conway, which was donated in 2018. Foucault said that since he released his last album “Blood Brothers” the same year, he did not record any new music during the COVID-19 pandemic. In 2020, Foucault released â€œDeadstock: Uncollected Recordings 2005 – 2020,â€ a collection of archival songs that gave fans something new while he waits for another chance to perform alongside his immunosuppressed friend.

â€œIt’s all in a pattern of expectation,â€ Foucault said.

As summer drew to a close, Foucault seemed to find his rhythm. This summer, Foucault performed at Greenfield’s Green River Festival with his wife. He also remains optimistic that he and Conway will be able to reunite musically in the fall, with hopes of being in the studio by this month.

Outside of music, Foucault said he has invested in poetry and hopes to publish a book of poetry in the next few years. Until then, however, Foucault said there was “no pressure” to release anything, but his passion for artistic expression shows no signs of waning.

â€œYour favorite record is the one you haven’t made yet,â€ Foucault said. “Everytime.”