The heaviest music book is translated into Korean: The DONG-A ILBO 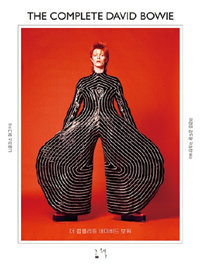 “The Complete David Bowie” written by Nicholas Pegg is the heaviest book on music published in Korea this year. This is the “Bowie Encyclopedia”, which compiled all the songs, albums, concerts, videos and exhibits of the legendary British singer-songwriter David Bowie (1947-2016).

The book includes detailed facts and scathing reviews. The book consists of 948 pages and each page is divided into two bottoms and no photographs are included. The content may require more than 2,000 pages in the general book format.

Three translators including Lee Gyeong-jun, Kim Du-wan and Kwak Seung-chan translated the book into Korean for two and a half years. Author Nicholas Pegg featured the Korean version and the translators on his twitter in October, “Calling Asian Bowie Fans: Glad to say I’m now available in Korean! My copy hasn’t arrived yet, many thanks for the photo to @ DlGCbejGDF4yqbd, one of the fearless trios who had the unenviable task of translating my magnum opus.

Dong-A Ilbo interviewed Lee Gyeong-jun (42) who planned the Korean translation work. “I felt amazed when I first read the book,” Lee said. “I thought about the true meaning of the word ‘knowing’ after seeing the author delve so deeply into a person. “

“Pegg is not a critic, but his writing and his ideas are exceptionally good,” Lee said. “He says the critics are complacent and outdated when they compare Bowie to a chameleon.”

What kind of person did Bowie to Lee translate the book? “He stayed between the borders throughout his life,” said Lee. “He immediately threw out the genres and styles he embraced whenever critics or fans started to define him. Gaining popularity has never been her priority.