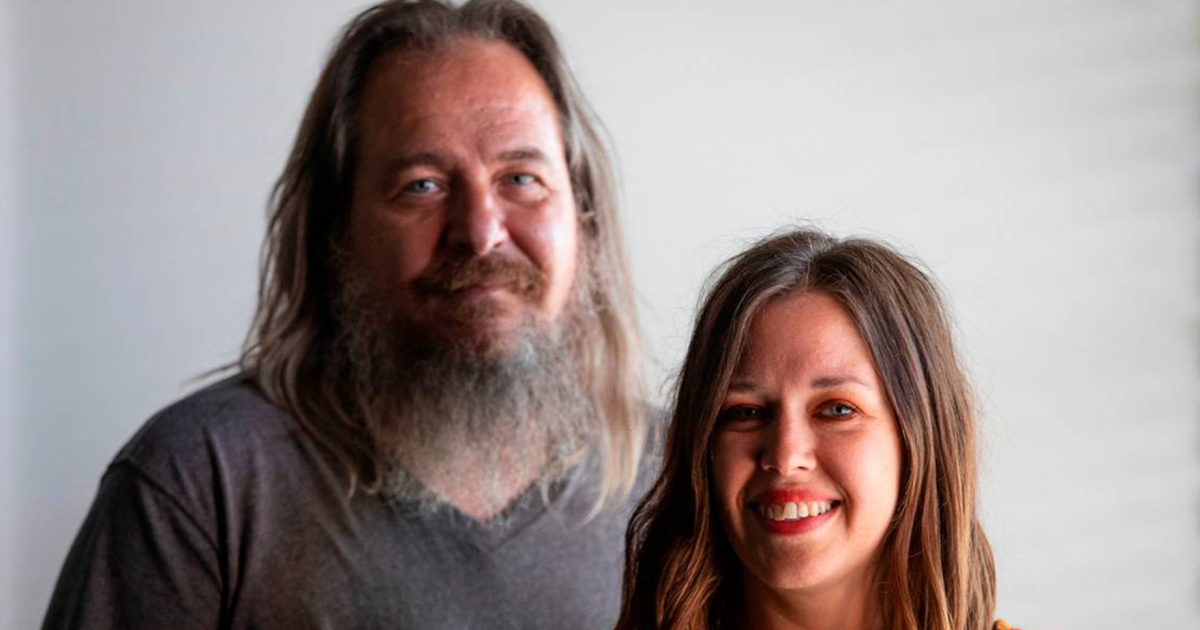 Wichita musicians and bands have come and gone over the past two decades, but what has remained constant in the music scene during this time are the lyrics and voice of Jedd Beaudoin.

For over 20 years, Beaudoin has covered the local music scene and he has hosted the KMUW radio show “Strange Currency”, where he promotes and champions local music, since 2008. Now some of the same musicians who have been the Beaudoin’s cover subjects come together to help his family.

Beaudoin, his wife Katie Lilley-Beaudoin and Katie’s three children narrowly escaped a devastating fire at their Riverside home on April 22. The family lost almost all of their possessions and five of their beloved cats perished. On Saturday, a benefit concert called “Night of the Living Jedd” will be held at the Orpheum Theater in Wichita, and proceeds from ticket sales will go to the Beaudoin-Lilley family, who still live with relatives while they search a new house.

The morning of the fire started with music, Lilley-Beaudoin said. Katie, a kindergarten teacher at Allen Elementary, normally sets her alarm at 5:40 a.m. Her daughter Avalin Lilley, then an eighth grade student at Mayberry Cultural Arts Magnet, would set her alarm at 6 a.m.

But that morning, Avalin, whose bedroom was on the ground floor of the house, woke up with her alarm playing a song on the radio at 5:20 a.m. Her mother says Avalin doesn’t remember why her alarm went off so early or what song was playing. . But instead of hitting the snooze button and going back to sleep, she got up and walked into the living room.

The family sofa was on fire.

Avalin took action. She ran back to her room and woke her younger brother Emery Lilley, 9, with whom she shared a room.

“Go wait outside on the porch,” she ordered.

Jedd and Katie’s bedroom was on the second floor of the house in an attic at the back of the house. Avalin ran upstairs and woke his mother up yelling “The couch is on fire!”

Jedd and Katie rushed downstairs. By then, Katie said, the couch was now completely engulfed in flames. The room was filled with smoke and she remembers feeling a burning sensation in her esophagus.

“I heard the smoke detector go off,” said Katie, who had just sat down on the couch five hours earlier.

In an adjoining room slept Katie’s eldest child, 15-year-old Joaquin Lilley. The family woke Joaquin and ordered him out of the house.

Katie and Jedd fled the house, followed by the family dog, Juno, and one of the cats, Bill.

Avalin had remembered to grab his cell phone, and Jedd used it to call 911.

Katie stood in front of the house yelling, “My house is on fire! My cats are in there!

Five of the family’s beloved cats hadn’t been out with them, but by then the house was completely involved and the windows were exploding. They hoped the cats could find a way to escape.

The family was dressed only in underwear. Katie had grabbed a towel to wrap herself around before fleeing the house.

All they could do was stand across the street and watch as their house, a rental, was consumed by fire. Katie remembers hearing fire truck sirens in the distance as they stood and watched.

Katie and Jedd estimate that it took about five to six minutes for the first fire truck to arrive. Jedd spent most of that time on the phone with the 911 operator.

Upon arrival, firefighters immediately began to hose down the house, and Jedd recalls thinking they would have the situation under control.

“They’re going to put out the fire in the living room,” he thought. “It’ll smell like burnt toast for a while.”

But Katie, who watched the fire the whole time Jedd was on the phone with 911, wasn’t so optimistic.

“All I did was make sure the kids were by my side and the dog was by my side,” she said. “I knew we were going to lose everything.”

The neighbors quickly mobilized to help the family. They brought clothes, food, coffee and hugs. Firefighters were unable to determine what started the blaze, but told the family they believed it was electrical.

Hours after the fire went out, Jedd and Katie were still sitting on the sidewalk in shock outside the house. Five cats who were the stars of Jedd and Katie’s social media accounts – Dandelion, Hyacinth, Clementine, John and Mr. Whiskers – had perished.

The couple didn’t know what to do next.

Barney Byard, the Orpheum’s theater manager, who says he’s long been aware of Jedd’s impact on the local music community, heard about the fire and wasted no time finding a way to help the family.

“He’s just been completely immersed in Wichita’s music and cultural scene for as long as I can remember. As far as I’m concerned, even though he hasn’t made a movie yet, he’s the Cameron Crowe of Wichita. “Said Byard, referring to the famed Rolling Stone writer and director. “Long before he was on KMUW with ‘Strange Currency,’ I was reading his stuff and his stuff was Rolling Stone caliber in terms of intelligence. , the basis of musical history and experience on which it was based.”

With the help of Beaudoin’s employer, KMUW, Byard began to organize a benefit concert. He knew he would have no problem finding musicians willing to take the stage to help Jedd and his family.

“In near real time, you can bring together a group of good people to do an immediate, tangible good thing for the people you care about and are in need of,” Byard said.

Within 36 hours, Byard had set up the lineup.

The Saturday show will feature music from Rudy Love Jr., The Cavves and an acoustic set from Terry Quiett and Guinn Walker, who will be joined by Dustin Arbuckle. In addition to music, the show will include a silent auction featuring items from a host of local artists and merchants. All musicians waive payment so that the proceeds from ticket sales benefit the Lilley-Beaudoin family. Tickets are available at selectaseat.com/jed22, where people can also donate.

Weeks after the fire, Katie said she was still heartbroken over the artwork she had lost, including pieces made by her father that adorned the walls of their home. Jedd held a personal archive containing music created in Wichita by Wichita musicians over the past two decades. It’s all gone now.

However, most of the time, the grief of losing their pets haunts them the most.

But Jedd and Katie say the support from friends and strangers has been overwhelming. The kindergarteners in Katie’s class and her former students from when she was a para-educator at Riverside Elementary School showered her with love when she returned to work. Jedd has received calls from musicians all over the world who at one time or another have performed on a stage in Wichita.

“We didn’t have to ask,” Katie said. “People overwhelmed us with help. It is the greatest blessing to have people who give without even asking.

THE NIGHT OF THE LIVING JEDD

What: A benefit concert with Rudy Love Jr., The Cavves, Quiett & Walker and Dustin Arbuckle

This story was republished with permission from The Wichita Eagle.