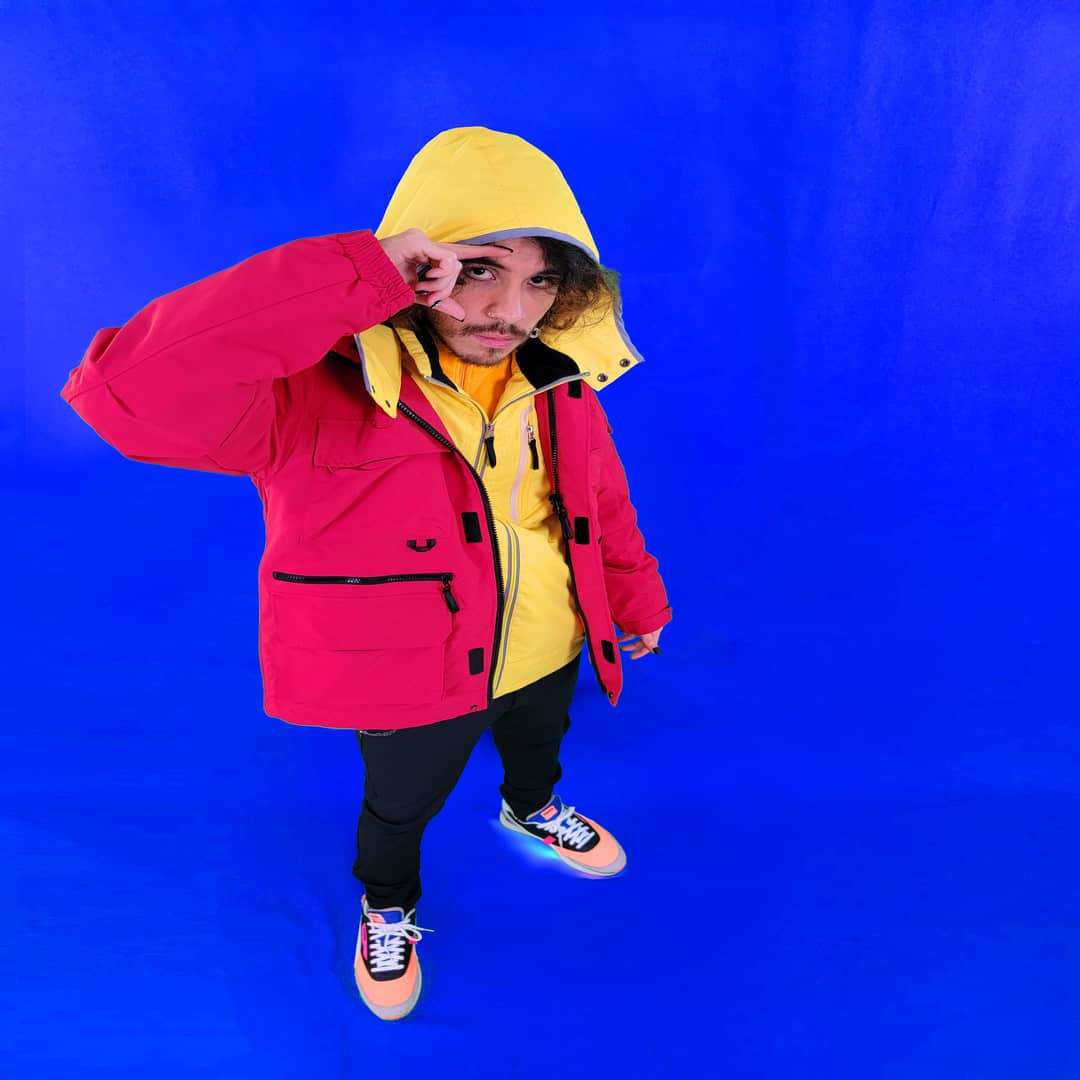 Over the course of your life, you will hear the expression â€œfollow your heartâ€ so many times that you will lose count of it. Well-meaning coworkers, friends, strangers, and even relatives you don’t know very much will echo the same sentiments. Unfortunately, society’s expectations and your conditioning may not allow you to do this. Or maybe, like Auggie Velarde, you’ll make your passion a side activity until it just isn’t enough.

Auggie is a self-taught Peruvian-American singer-songwriter. Auggie and his family moved to the United States with nothing but big dreams. As a young boy, he was taught that anything he wanted was possible if he made up his mind. He really took this statement to heart. Around the same time, he fell in love with music and discovered the Internet. This is how he became the person he is today.

He takes refuge in technology. Behind a computer, he realized he could create music in complete anonymity. He also explored and taught himself to code. He made music under various pseudonyms and worked as a software engineer and entrepreneur under his real name. As the music grew, however, keeping her two worlds apart became more and more difficult.

Auggie spent many years focusing on school and work, but soon the realization that most of his life had been the product of societal expectations hit him. From the start, he suppressed his passion and creativity. The very idea that he could miss the incredible opportunity to create something bigger than himself was unthinkable. The discovery that if he ignored the overwhelming urge to explore his artistic side would lead to unbearable regret was sobering.

Soon after, he disconnected from everything that was holding him back in his pursuit of happiness. He quit his job, left toxic people and naysayers behind, and broke his bad habits. Thinking back to that time, he said he feared he had a lot to lose but realized that he also had a lot to gain. In fact, it was then that he found a real purpose to live for. Today, he said, â€œFrankly, I think this may have been the most important decision I have made so far. “

It didn’t take long for Auggie to start seeing the results of his persistence. Soon he was winning awards and recognition from different organizations and brands. His latest releases “Asi Es”, “Otro Nivel”, “Ansiedad” and “Errores” have received a lot of support from TIDAL, Deezer and SoundCloud. And the journey to become the best is still on.

Auggie’s success teaches us two main lessons. First, giving up what you love and what makes you happy is never an option. You can’t decide to give up because the people around you don’t understand what you are doing. You have a life to live and therefore you have to stay true to yourself.

Second, lifelong learning is imperative. If you want to stand out, you have to do things differently from the way other people do them. And to achieve that, you have to be in a constant learning mode. If Auggie hadn’t incorporated technology into his art, he would probably still be living in the dark.

At the moment, Auggie is considering future collaborations with his musical heroes. He says, “I feel like mixing all of these genres with masters in their craft would become a source for a ton of innovative musical experiences.” He also hopes to perform in Peru in a few years.