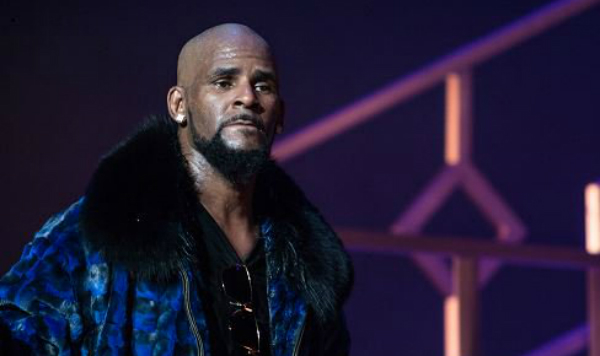 *Music journalist Jim DeRogatis refused to testify against R.Kelly in the singer’s trial in Chicago.

The disgraced music star is on trial for a number of federal charges, including forcing minors to have sex, and receiving and producing child pornography, as reported DX hip hop.

DeRogatis is a former Chicago Sun-Times reporter and author of the book “Soulless: The Case Against R. Kelly.” He once received an anonymous video that he turned over to the police, which helped build the child pornography case against Kelly in 2008. That same video evidence would form part of the ongoing trial.

DeRogatis was subpoenaed in Chicago, but he reportedly refused to do so. According to a recent court filing, DeRogatis’ legal team noted that his testimony could lead to “harassment or intimidation” because a window in DeRogatis’ home was knocked down after he reported Kelly.

R. Kelly had previously called out the journalist in his song “I Admit”, released in 2018.

“To Jim DeRogatis, whatever your name / You tried to destroy me for 25 whole years,“Kelly sings on the track, as reported by Hip Hop DX.

We have previously reported that a former senior prosecutor had contacted DeRogatis about Kelly’s sexual misconduct.

Assistant US Attorney Angel Krull allegedly used an email account and a fake name to communicate with the author. The emails say DeRogatis sent Krull a copy of his book, and he later emailed him asking “if the book was helpful,” per a motion filed by a lawyer for Kelly’s co-defendant, Derrel McDavid.

DeRogatis also provided details of a conversation he had “with a prominent ‘enabler’ mentioned (in his book)” regarding Kelly’s criminal investigation.

DeRogatis told the Chicago Grandstand that “he was the one seeking information from the prosecutor – Assistant US Attorney Angel Krull – and came up with nothing,” the publication wrote.

“Angel never gave me anything,” he said. “No federal prosecutor has ever done that.”

“The amount of shenanigans I’ve had to deal with from sources, lawyers and others for over 20 years, was I surprised to have (received) a weird email? No “, DeRogatis said. “So I sent him the book and I said, ‘Here’s the book, I’d like to discuss. And a few weeks later, I said, ‘Has the book been useful? I’d love to chat. And I’ve never heard back. Nothing.”