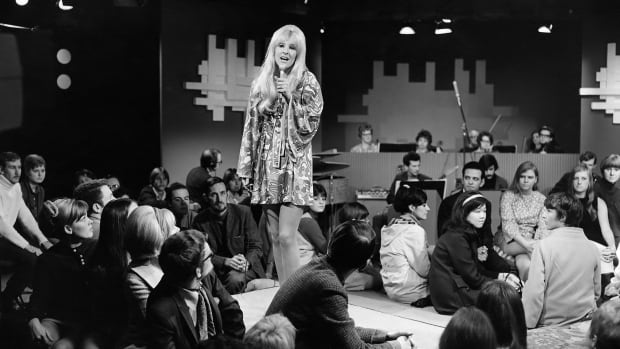 Canadian singer-songwriter Susan Jacks, who lit up the airwaves with her band’s smash hit in 1969 Which direction are you going Billy? died aged 73 while awaiting a second kidney transplant.

Jacks left an indelible mark on the Canadian music scene as the lead singer of the Poppy family, who also featured vocals from her then-husband Terry Jacks, notably on another megahit, where evil grows.

Jacks is remembered for a sweet, emotive voice that helped her music career soar, but also for the humility that kept her grounded, even as she became a household name through constant airing and to the group’s performances on national television.

His older brother, Rick Pesklevits, says Jacks was “always singing” from the age of four. He remembered her singing the Harry Belafonte tune Day-O (The Banana Boat Song) everywhere in the house and outside too.

The family moved to Haney, British Columbia, now a Maple Ridge community east of Vancouver, when Jacks was nine, and she continued to sing.

“Singing at school brought her to the attention of various high school groups and so they often invited her as a ‘singer.’ breaking in through the side door,” Pesklevits said.

Their brother Bill, whose name was in his sister’s song, donated a kidney to her in 2010, but recent complications from infections put her on a waiting list for another kidney before he died at a hospital in Surrey, British Columbia, on Monday.

“She was overwhelmed with the infection and her heart stopped,” Pesklevits said, calling her sister a selfless person who “abhorred injustice and insincerity.”

“We would regularly talk about what the other was going through,” he tearfully said of their phone calls. “Just the sound of his voice, that’s what I miss.”

Jacks became a vocal advocate for organ donation after her first transplant and performed several concerts to benefit the Kidney Foundation, her brother said.

“She had intended to go back into the studio to record another album, but the progression of her illness prevented that,” he said of Jacks, who had moved to Nashville and made a career in the industry. writing songs before returning to Canada after her second husband. was diagnosed with cancer.

Ted Dushinski, a former Canadian Football League star, died in 2005 of brain cancer that metastasized to his lungs, and she dedicated herself to caring for him before taking on her own complications from health, Pesklevits said.

Even at the top of the pop charts, Jacks remained “pretty surprised” by his success and put his family first, he said.

“That was the deal, and the families have other things to say to each other, like everyone else.”

Craig McCaw, the Poppy Family’s lead guitarist, said the band, which had a turbaned tabla player, was ahead of its time in some ways as it incorporated the talents of a musician trained in Indian classical music.

Satwant Singh was recruited to replace Jacks’ tambourine and bean-pod when the band decided to forgo full drums, said McCaw, who called her a “very serious percussionist”.

“She was very good, but she tried to carry all the weight. She was leaving bruises on her leg like crazy and so we thought we should get some percussion,” he said of the instruments that Jacks kicked on his leg.

The band recorded their 1969 album partly in England with the London Philharmonic Orchestra, and Which direction are you going Billy? became the No. 1 hit in Canada that fall.

The song eventually landed atop the Billboard Hot 100 and Cash Box Top 100 charts in the United States.

Her “unique voice” might have landed her at the pinnacle of American ballad Karen Carpenter fame, but opportunities at the time were limited for Canadian musicians, especially those who wanted to break through at home, McCaw said.

But Jacks’ appeal went beyond his singing voice and outward beauty, he said.

“Everyone fell in love with Susan. She was famous, and that could do things to people, but she was very unassuming and kind. A very caring soul.”

Jacks leaves behind a son, as well as five brothers, a sister and two half-brothers. Funeral arrangements have not yet been made.