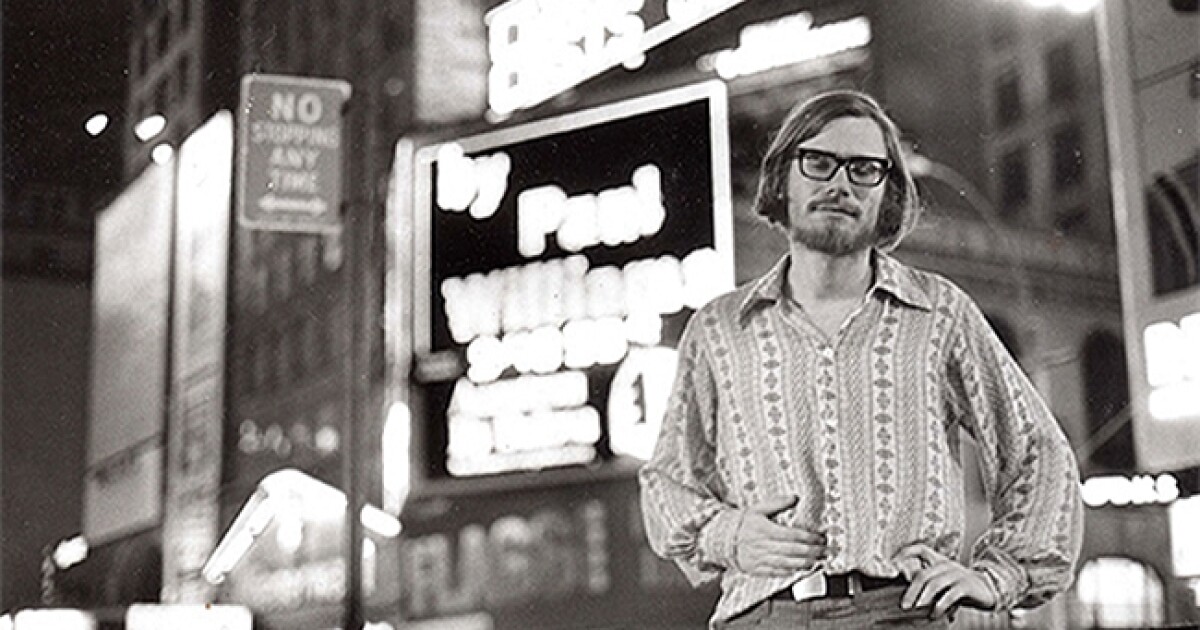 Pioneer music critic Paul Williams, whose music magazine laid the foundation for publications like Rolling Stone, died Thursday at his home in Encinitas.

Williams founded the magazine in 1966 while a student at Swarthmore College. Over time, Crawdaddy! developed a reputation as an intelligent rock critic and eventually paved the way for widely read music magazines like Cream and others.

The first issue of Crawdaddy! candidly set out the publication’s mission and goals for what it would bring to its readers:

You’re looking at the first issue of a rock and roll critic magazine. Crawdaddy will not be presenting pin-ups or news briefs; the specialty of this magazine is smart writing on pop music. Billboard, Cash Box, etc., serve very well as business news magazines; but their idea of â€‹â€‹a review is a hard rhythm number that should quickly climb the charts just as (previously hit by the same group) slips.

Crawdaddy thinks someone in the US might be interested in what other people have to say about the music they love.

Williams was a recognized expert on Bob Dylan, Brian Wilson, Neil Young and Grateful Dead. He is the author of numerous books, including the three-part series, “Bob Dylan: Performing Artist”, which is considered a defining work for the singer-songwriter.

Williams retired from writing in 1968 to serve as a campaign manager for LSD guru Timothy Leary’s candidacy for governor of California.

Obituaries and memorials seasoned with Williams’ colorful life experiences have circulated the web in response to news of his death.

While traveling with Leary, he “ended up at John and Yoko’s Bed-In for Peace in Montreal,” according to Billboard.

In 1966, Paul Simon was so impressed with Mr. Williams’ astute review of a Simon and Garfunkel album in Crawdaddy! that he called to thank him. Mr Williams took Simon’s call over a telephone booth in the lobby of a dormitory at Swarthmore College, where he was then enrolled.

And this, also from Varga’s play:

When The Doors needed someone to stand in front of a microphone and cock a rifle for their recording “The Unknown Soldier”, Mr. Williams received the honor. The first joint he smoked was given to him by Brian Wilson of the Beach Boys.

Williams had a bicycle accident in 1995 and suffered a brain injury, which resulted in early-onset Alzheimer’s disease. Although no official cause of death has been given, reports attribute his death to complications from the bicycle accident.

Williams is survived by his wife, singer-songwriter Cindy Lee Berryhill, and two sons.