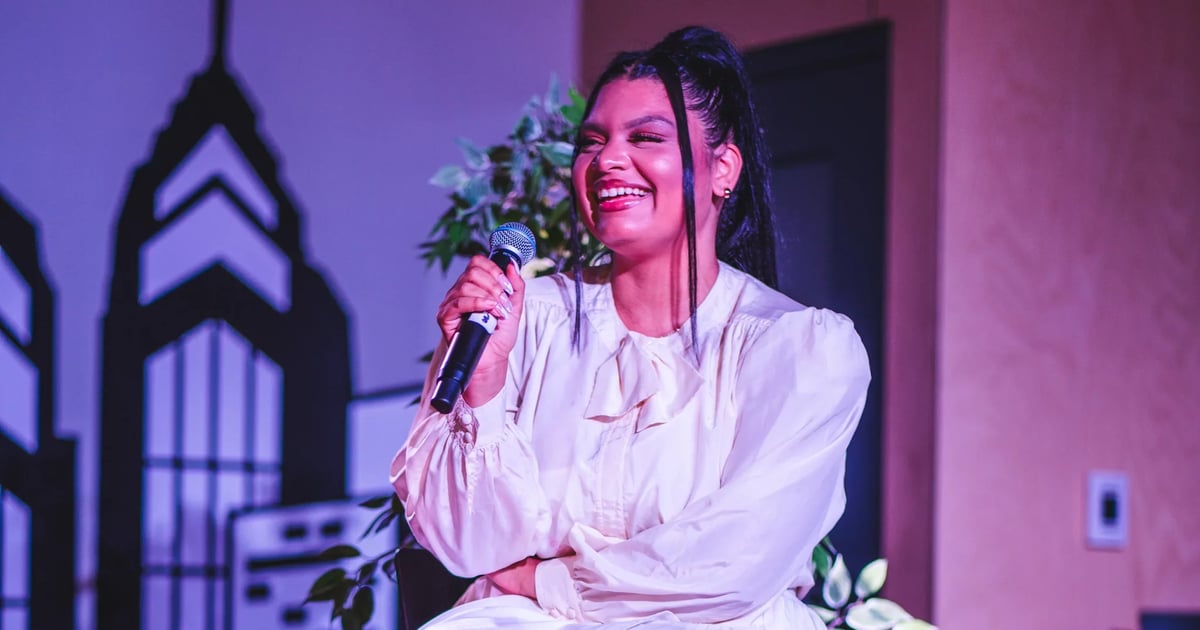 If you’ve ever read about the Dominican dembow, chances are you’ve read the work of Jennifer Mota. Mota became one of the preeminent historians of Dominican dembow music, writing the earliest history and timeline of the genre and archiving notable dembow artists and moments. She’s managed artists, started a podcast, interviewed some of the hottest Latinx artists in the world, started her own clothing brand, and even tried being a Disney Channel kid. Philadelphia’s baby bodega is here for its city and its people in more ways than one.

Mota inherited her interest in music and writing from her father, a journalist who she says encouraged her to write in a way that changed mindsets and to be aware of the corrupting power of the media. “It was almost like he forced me to be a journalist like him,” Mota laughs. “It really planted the seed when I was little.”

While attending Philadelphia Community College and Temple University, she began designing and altering her own clothes. Eventually, it opened doors in the Philadelphia music scene. “I started doing internships for music brands and working closely with the creatives that were coming up at the time,” says Mota.

When an Instagram friend contacted her the day she graduated from college, she had no idea she would be offered the job that would give her the resources to write the story. “I got a DM from one of my followers. . . . She was like, ‘Hey, did you finish school?’ I was like, ‘Yeah.’ And she said to me, ‘Do you have a job?’ And I was like, ‘No.’ She was like, ‘My boss wants to interview you.’ It was for People Chica…it was my first job as a big girl.”

“I had no idea this was ever intentionally put together in a timeline…I had to watch 40-50 interviews to put the timelines together.”

When Mota realized that his colleagues had never heard of the Dominican dembow, it was decided that a deep dive into the subject was in order. What was supposed to be a quick article turned into a project that took over four months. Mota even moved to DR to get closer to the scene and better understand the ecosystem. “I had no idea this was ever intentionally put together in a timeline…I had to watch 40 to 50 interviews to put the timelines together,” Mota says. “[I had to] see when the songs were dropped, what Dominican society was like, also what politics was like at the time and how it affected the music. Also the intersections of gender, homosexuality and sexuality and how everything [those] things played a role in evolution.”

At the same time, she stepped in as a digital assistant, creating the space for “urbano” (now called “El Movimiento”) and Afro-Latinidad content. “One of the first people I interviewed was Ivy Queen. It was just a moment, I was like, ‘God, I’m supposed to be here,'” Mota adds. His article resulted in a column for Remezcla titled Si Tú Quiere Dembow, named after the song by Pablo Piddy. There, she would investigate the nuances and alternate realities of dembow, bringing queer, non-binary dembow artists like La Delfi into the discourse.

“My biggest question was: how come the Dominican Republic has so much cultural weight in music but we have no visibility outside of that weight?”

“My biggest question was: how come the Dominican Republic has so much cultural weight in music but we have no visibility outside of that weight?” she says. “I started questioning a lot of things: why were our artists brainwashed into believing that their Dominican Spanish wasn’t good enough to create music internationally?” Along with fellow music historian Katelina Eccleston, Mota co-hosts the reggaeton podcast “Dímelo Cantando,” where they interview artists about race, class, and gender within Latinidad.

With signings to Rolling Stone, Vibe, GQ Middle East, Pitchfork and Teen Vogue, Mota has proven to be a force in Latin music reporting, as well as El Movimiento in particular. But she doesn’t want to stop there. With her partner, she created El Recap, a storytelling and multimedia creation agency where she works with artists and pitches their music to get them pressed and playlisted. “Right now, my main focus is really pushing El Recap to do more storytelling content,” Mota said. “One franchise I started was ‘This Is How’, and it breaks down the story behind a song. It could be any song any year…I can’t wait to put more forward people in the future. I hope to create more space for Latin artists with the platform, and I hope to continue to have conversations about Dominican and identity and how we influence culture.”