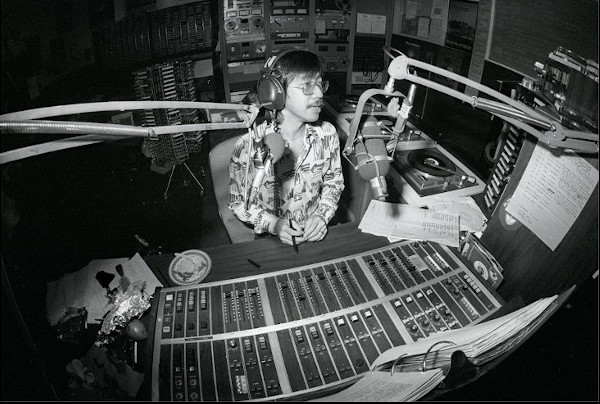 As the child of Chinese immigrants, journalist Ben Fong-Torres knew all too well the cruelty of racism. Anti-Chinese sentiment grew in America when China entered the Korean War as an ally of North Korea. Fong-Torres felt the isolating effects of being “different”. It was through music that he found comfort and identity.

In the documentary Like a Rolling Stone: The Life and Times of Ben Fong-Torres, Fong-Torres recounts the feeling of flipping through his father’s restaurant jukebox, stating, “Inside the jukeboxes, there was no segregation…Rock and roll was an equalizer.” Music gave voice to the excluded as a form of protest. These tenets of rock and roll shaped Fong-Torres’ writing sensibilities, making him a rock star journalist in the music industry – and half a century later the subject of the filmmaker and journalist’s documentary. Suzanne Joe Kai.

Kai’s documentary not only succeeds in recounting its subject’s extraordinary career, but also serves as a time capsule for early rock history. In telling the story of Fong-Torres, Kai tells the story of rolling stone and the role of music within the civil rights movement and the Vietnamese counterculture. As the film recounts his first 20 years as a writer and editor for rolling stones, much of its execution is devoted to the Vietnam War era. Here, icons like Jim Morrison, Bob Dylan and Jimi Hendrix reign supreme – and in San Francisco, where Fong-Torres got his start as a writer.

Like a rolling stone highlights the coalition between music and politics. Like so many songwriters of the time, Fong-Torres used his writing as an act of protest, striking a chord with readers and songwriters. It provided an outlet for the likes of Ray Charles to express his distaste for police brutality and Country Joe McDonald to call out politicians’ positions on the Vietnam War. 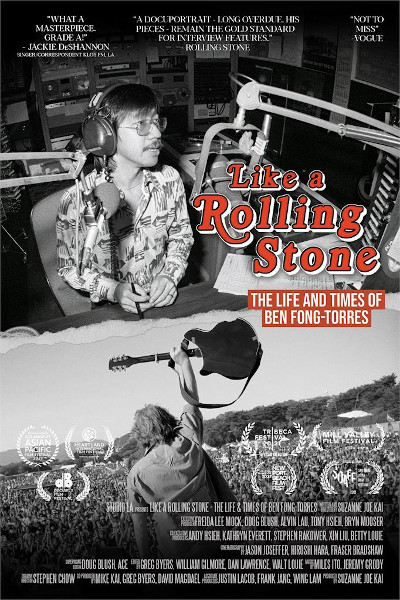 Fong-Torres recounts the beginnings of Rolling stone. He remembers sitting down with Doors frontman Jim Morrison. Here, archival audio is provided by Fong-Torres, who chronicles his interview with Morrison. Kai never abuses stock footage. Instead, she keeps the focus on Fong-Torres. She uses these audio clips to demonstrate Fong-Torres’ thoughtful and attentive skills as an interviewer. It displays the best quality of Fong-Torres, its extraordinary banality.

The documentary bases its subject on his humanity. The filmmakers never portray him as a larger-than-life rock star journalist, but as a man doing his job diligently. At its core, the film is a love letter to journalism. As an Asian journalist, Suzanne Kai pays tribute to a man who paved the way for Asian-American journalists, and in recounting his testimony, she is able to examine American culture past and present.

Ben Friedman is a freelance film journalist and contributing writer at Brain Magazine. For more of his reviews, visit bentothemovies.com, his Ben and Bran See a Movie podcast, or follow him on Instagram, Twitter and YouTube: The Beniverse.