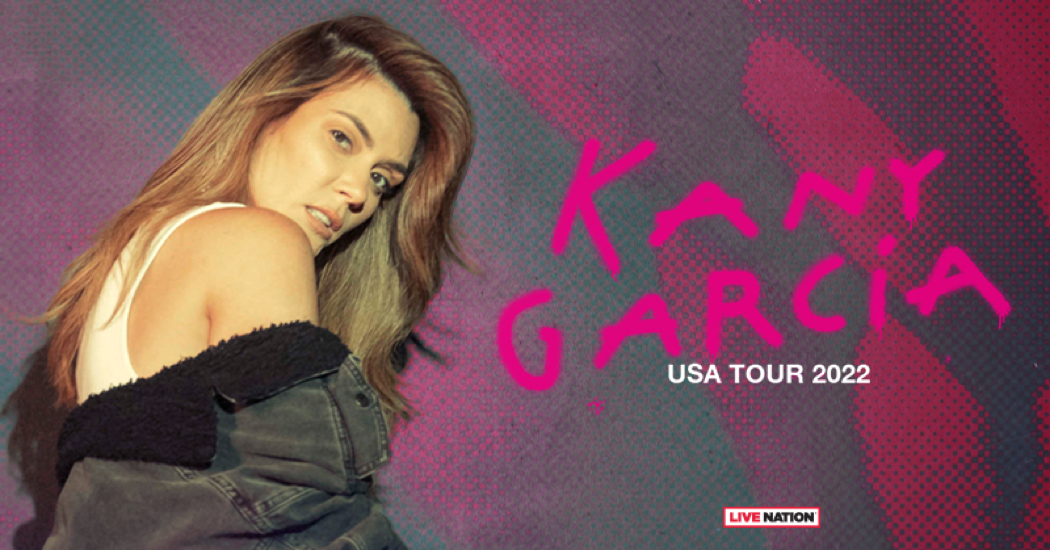 Produced by Live Nation, the eight-city tour kicks off August 26 at the Theater of Living Arts in Philadelphia, PA, making stops across the United States in San Francisco, CA; Charlotte, North Carolina; San Antonio, TX, and more before wrapping up in McAllen, TX at the McAllen Performing Arts Center on September 10.

Kany Garcia will be stopping by the Charlotte Underground on Saturday August 27th.

Written by Kany, “Justito A Tiempo” is a song that fuses the powerful voices of the two artists to achieve a musical masterpiece. Kany and Rozalén will join forces to present the song live for the first time at the Premio Platinos on May 1 at IFEMA in Madrid.

“El Amor Que Merecemos” is Kany Garcia’s upcoming album set to be released on all digital streaming platforms on May 27. The album already boasts two additional hits, its first single “DPM (De Pxta Madre)”, which garnered over 22 million WW streams and “Aguita e Coco” which has become an anthem for Kany fans.

Acclaimed Puerto Rican singer-songwriter Kany (pronounced Connie) García is a unique and unrivaled talent whose expressive performances, lively puns and insightful lyrics have made her the voice of young Latin American women and United States.

Winner of six Latin GRAMMYs®, Kany García released her debut album Cualquier Día (Any Day) in 2007. Over the past 14 years, she has written and recorded some of Latin pop’s biggest hits, including “Hoy Ya Me Voy” (Today I’m leaving), “Alguien” (Someone), “Duele Menos” (It hurts less) and “Para Siempre” (Forever).

Her fifth studio album Soy Yo (2018) was named one of Billboard’s 50 Best Latin Albums of the Decade, and the music video for her single “Banana Papaya”, featuring Residente, won the 2019 Latin GRAMMY® for Best Music Video video. In 2019, she released her sixth album Contra El Viento (Against the Wind), which won Best Singer-Songwriter Album at the Latin GRAMMYs.

That same year, Kany performed a historic concert at El Coliseo de Puerto Rico in San Juan, which was recorded for an HBO special.

Giving back to the Latino community in these pandemic times, Kany appears on Diego Torres’ new all-star version of “Color Esperanza” (Color Hope), which is raising money for the Pan American Health Organization’s efforts against the virus.

As a composer, Kany has written songs for legendary artists such as Jennifer López, Chayanne and Ha*Ash.

In addition to the Latin GRAMMYs®, Kany has enjoyed success at other prestigious award ceremonies. She won the Outstanding Musical Artist Award in Spanish at the 2017 GLAAD Music Awards in New York. She was also victorious at the ASCAP Awards, Billboard Latin Music Awards, Elena Casals Musa Award, Premios Juventud and Premios Soberano (Dominican Republic). Kany García creates records that stand the test of time – treasures that reward our discovery and rediscovery.