John Robb is an English music journalist and singer of the Membranes. 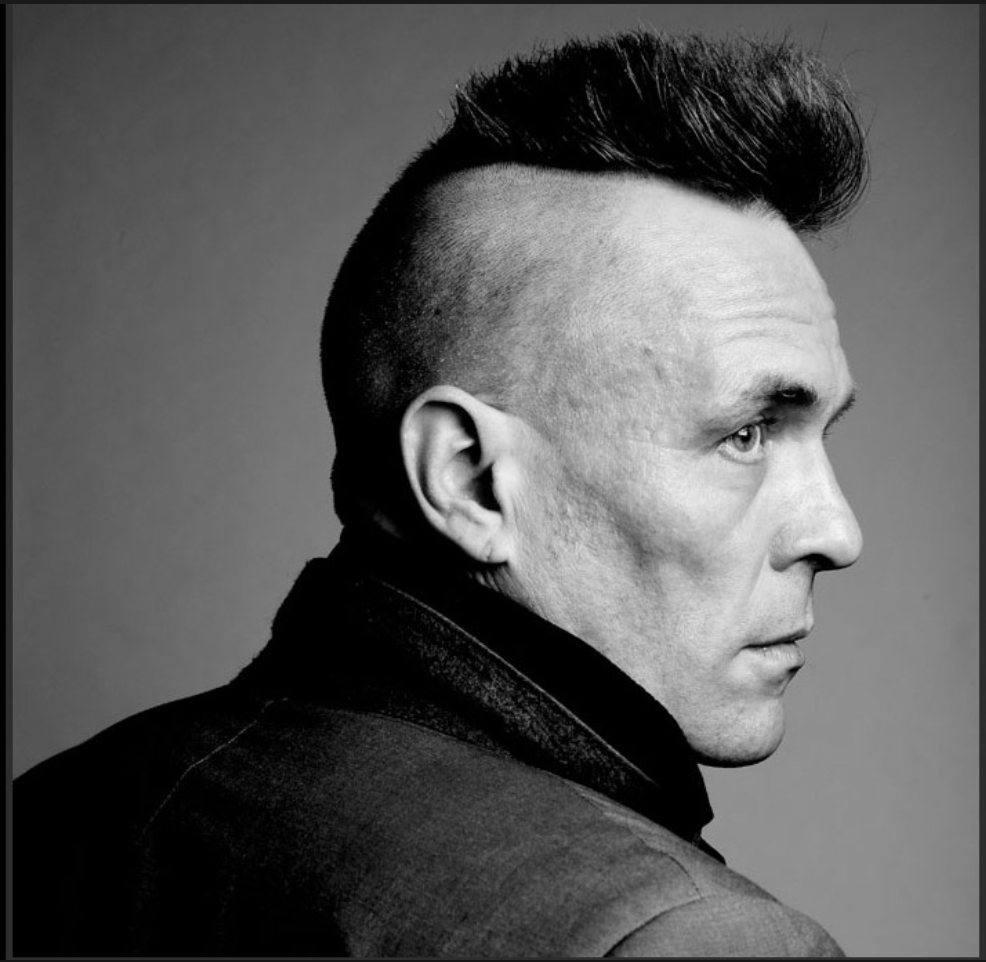 John Robb is an English music journalist and singer of membranes. Robb also writes and performs Stronger than war. He has written several books on music and made media appearances as a music commentator. He writes for newspapers such as The Guardian, The Sunday Times, The Observer and The Independent, several websites, The Big Issue and magazines in Turkey, Algeria, America, Russia and Brazil, in addition to appearing on Channel Four, etc. Justice Tonight: Benefiting the Hillsborough Justice Campaign. It is difficult for me to cover the considerable volume of contributions that this man has had towards the music industry.

John Robbs has written a large number of books on the subject of music. His handwriting is incredibly brilliant. He constantly interviews and writes about musicians and the music industry. It was a real pleasure for me to interview such a legend in the music industry. He has the most incredible stage presence and has conducted numerous insightful interviews from The Manic Street Preachers to the first music journalist to interview Nirvana.

As for the interview in general, I was blown away by John’s raw honesty towards some of the questions. I feel like he is a man with a huge heart and that he exudes such a warm and expressive open world view and does so with energetic grace and charm. He is also a real grafter!

What I got from interviewing Robb was his idea that temporary venue groups are a hub for musical creativity that allows freedom and raw expression without worrying about being compared to bigger names. from a city like London and large groups don’t have to come from places like Manchester and London

Another main thing that I got from this interview was Robb’s idea of â€‹â€‹the notion of lyricsâ€¦ Robb’s feeling that the lyrics are often not heard because it’s the rhythm and the repetitions that stay in tune with the listener. Therefore, he declares that the words are not so important.

When and where did you start playing music?

I started out being influenced by glam and played Blackpool for the first time, it was a DIY mix of anything goes.
Punk is inclusive and is a fusion of classes. Anyone Can Do It. There is no right or wrong. Anyone can do something out of nothingâ€¦. anyone can play musicâ€¦ I haven’t received any classical training to play a chord. I didn’t know how to play chords. I never had any training, no training comes so my music came out of nowhere. It was a bit like DIY.

What brought you to music?

I tapped into Top of The Pops. I also loved Glam Rock in the 70s. There can be a snobbery about music. Here is a glam rock snobbery, but I loved it and Noddy Holder was the brilliant voice of Slade and was also a charming and modest man and very low key.

What makes you vibrate?

Ideas and the universe â€¦â€¦â€¦â€¦. mind-boggling wonder and confusion. I am a passive observer of ideas.

What prompts you to create a new song?

Is there a common thread in your musical tastes?

There are not any. I have no logic in this.

Do you think weird or crap?

What are you working on now?

How has the pandemic affected your creativity?

I had more time than before to be productive because I don’t have to organize groups etcâ€¦ – write songs / books. I can work well on my own, some people find it difficult, but I am good at working alone. It was a time to reflect on my own chaos.

Where do you think the music industry is going?

It now has a more screen-based presence / for example from Tokyo in the UK. More efficient on licensing and copyrights. There are also now things like photographs that make money with music. There is a difficulty for musicians to make money because of steaming, streaming can be a nightmare for musicians. Some musicians are finding that they can make money by getting paid for photos, so the ball has changed.

What importance do the lyrics play in the music?

People don’t really listen to the lyrics – most people don’t care / sometimes it’s the sound – the texture of the music that’s more important – maybe sometimes it’s the sound of the voice. People tend to identify with the conventional – words that resonate – words that repeat themselves – a chorus – like Bruce Spring Steins Born in the United States. Why do we have to do something out of something – to find a reason – logic. Cave painters, did they have to explain themselves? On the contrary, the others must solve the illogical.

What made you decide to become a music journalist as well?

I set up a Fanzine at school. It was a music paper. Photocopies etc. I was 16 years old I had no training it was the power of punk you did not need permission it was very tinkered where everything happens.

Who is the person / group that you most enjoyed interviewing?

It was the Manic Street Preachers, they came from a small town like him, they had an honest and raw energy in them, almost a naivety stood out. Another favorite person to interview was Peter Hook.

Time management – How do you allocate your time?

Not relevant – rideâ€¦. buzz – I’m not stoppingâ€¦ I have a high state of flux / chaos in one – I’m a passive observer of ideas with a high mindset. When writingâ€¦. don’t start at the beginning – start in the middle – go back to the beginning – never start with the first paragraph – don’t write the first turns and curves of the line time.

What is the common thread between the musicians you interviewed who made them successful?

Determination / hard transplant / belief that you have musical magic

What do you think makes someone successful?

Charisma / determination / talent but at the same time you can pretend talent – so there is no real magic bullet â€¦â€¦ look at footballer’s wives, they are famous!

How would you like music to be broadcast in schools?

Music should be at the heart of culture and should be an inclusive fusion in schools.

If you were Prime Minister, what would change or develop in the arts?

I would set up an ‘Amnesty Gear’ – where the older generation of musicians who have instruments at hand and who could contribute to the school’s music department to support young people. I would put the Arts at the center. The government benefits from the arts but does not support them.

Infinity Bunce was born in Wales and graduated with a Masters degree from Central St. Martins in 1999, she is both an artist / curator / educator / freelance writer. She is currently Head of Art in London and is working on an art and design project with young people for the BBC for the new East Bank in Stratford. She is a member of this organization – she has regular meetings with the Dean of the London School of Drawing / Central St. Martins / English National Opera / Whitechapel Gallery to engage young people in the arts in London. She has organized numerous large-scale shows across London