I am a multilingual singer-songwriter who grew up among wanderers. Here’s why I call Boston home. 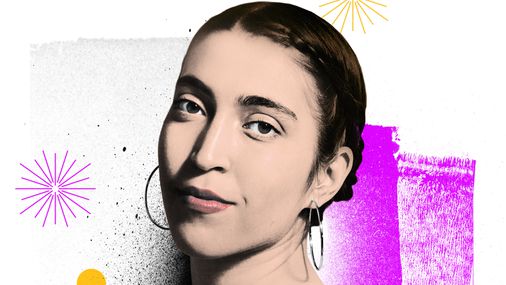 My songs, like me, defy the chart. They are informed by my upbringing in the Boston area as the daughter of Latin folk musicians. The Boston that I know is multilingual; he’s one of the transplant recipients, like my parents, and vagabonds. All of this finds its way into my music.

This month of May, I learned that my song “Accidental milonga» had won the NPR Tiny Desk Contest – the first song in Spanish to win this prestigious honor. What a poetic twist of fate that after four previous contest entries, and seriously considering leaving my music career behind, this song was chosen. It’s about aspiring to fit in perfectly under one label, but failing again and again – and ultimately embracing your contradictions, celebrating who you are, and making a home within yourself.

This is a lesson I learned from the city of Boston and its people.

When we were young, my twin brother and I spent endless hours in the back of the van, among guitar and percussion cases, or hidden behind the velvet curtains of concert halls across the country. Wherever our parents, Rosi and Brian Amador, and their band, Sol and Cantowe went too.

You might think it would create a sense of displacement, but the opposite was true. The more we traveled, the more connected we felt to Boston. Maybe it’s because our communities were full of transplants, like my mom and dad (from Puerto Rico and New Mexico, respectively), and others who ended up in Boston by chance and circumstance.

Some of these wanderers were bandmates of my parents: Renato, the eccentric percussionist from Panama; Bernardo, the Argentinian saxophonist who could have made a career as an actor; and Jorge, the sweet-voiced, epically talented Peruvian bassist. They came here for the music schools: Berklee College of Music, New England Conservatory and Bard College’s Longy School of Music, to name a few. These men were sometimes my cool uncles, sometimes my annoying older brothers. They helped me grow and immersed me in the Spanish language and in the music of the Spanish speaking world.

Then there were my classmates, with families from countries like Colombia, Haiti, Ethiopia and Ireland, as well as Medford and South Boston. They were families who had just arrived in the United States, or who had been here for generations, or those who had been on this earth since time immemorial. Being among them, who could say that we weren’t good where we were supposed to be?

At home, my parents enforced a strict Spanish-only policy, to instill a connection to our Latin culture and allow us to communicate with our grandparents and the Spanish-speaking community. In the back of the van, I learned the words for Latin folk instruments – like the quijada and guiro — long before I learned to swear in English, an important rite of passage for many Bostonians, don’t you think?

One day when I was in kindergarten, my mother forgot to put a fork in my lunch box. I didn’t know the word for fork in English, so I ran around the school looking for my brother, asking him if he knew the word for tenant. I was 4 years old and everything was new and unfamiliar. But not speaking the same language as everyone else wasn’t that hard. Many of my peers were in the same situation.

It wasn’t until later, when I was 7 or 8, that I started wondering if I belonged. When we went to Puerto Rico, they called me “la Americana”—the American. When we visited my father’s family in New Mexico, I was a city girl from the northeast. As I got older, when I first met people, they would often say something like, “You’re not your typical Bostonian”—sometimes it was code for “You don’t fit in here.”

There has always been a place, however, where I haven’t felt those struggles. Every time I’m on stage, playing, I’m just me. Music became a refuge for me from the age of 4, when I sang backing vocals on my parents’ children’s album. I still feel it today, as a solo artist, playing house gigs or in music clubs and band shells. Those boxes defining who I’m supposed to be – that I don’t fit into – are disappearing.

Music is simply good, regardless of genre or language. It moves you, makes you feel less alone, makes you feel exactly who you are. The music industry is full of borders, red tape and gatekeepers, but the music itself is free from all of that. Like Boston, music is a home for me and my family.

I can’t say it was always easy growing up here. New England’s mainstream culture can be reserved and quietly critical. I lost count of school friends – from elementary school to college – who suddenly stopped being my friends, without ever telling me why. At the same time, I am aware of my own privilege, stemming, for example, from my accentless English and my light-skinned cisgender appearance.

Still, no matter how many tours, I never feel settled until I’m back here in Boston. I think it’s because that’s where I created my own identity, one that includes being a Bostonian, a New Englander, and a Latina. It’s where I have a group of friends who are sweet, kind, silly and don’t try to fit in with who anyone says they’re supposed to be. I have a family and a community through music, art and school that says there is a place for me in this city. And through my music, I can amplify my story.

I can sing who I am – without getting into any boxes.

Alisa Amador is a Cambridge-based singer-songwriter and winner of the 2022 NPR Tiny Desk competition. Send your comments to [email protected]