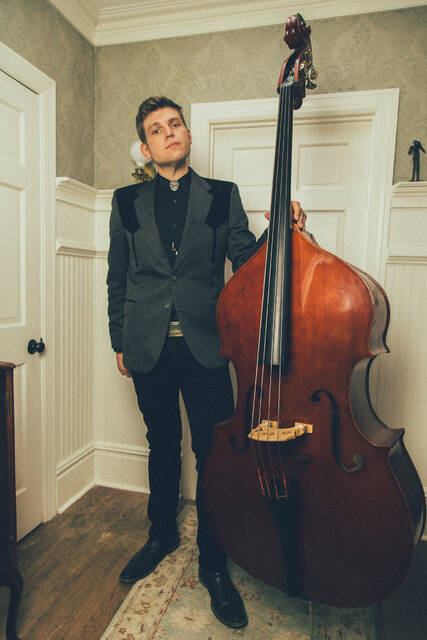 The first show will take place at 7 p.m. on October 21 in the Duncan Recital Hall of the Baird Music Pavilion. The second performance will take place in downtown Morehead at 8 p.m. on Friday, October 22 at The Venue located at 109 N. Wilson Avenue.

Chaffins, who grew up in Louisa, graduated in 2011 from the MSU music program with a bachelor’s degree in jazz studies. Although his music has R&B and indie rock characteristics, he specializes in American-style music with deep roots in the hills of eastern Kentucky. Chaffins has won praise and media attention from NPR, Rolling Stone, Billboard and CMT.

He will perform with members of the MSU music faculty and MSU students. The MSU Commercial Music Ensemble, under the direction of Associate Music Professor Glenn Ginn, will provide the opening scenery for both shows. The first show at Duncan Recital Hall is free and open to all ages. Admission to the show at The Venue costs $ 10 and is limited to 21 years and over. Reservations are strongly encouraged for the Friday night show and can be made at https://www.thevenue109.com/event-details/adam-chaffins-w-msu-commercial-ensemble.

“Adam Chaffins is an extraordinary singer-songwriter in large part thanks to all the musical influences he is able to bring together in a unique and original style. While at MSU he not only studied jazz bass but also took vocal lessons and performed in a multitude of ensembles such as the Jazz Big Band, Jazz Vocal Ensemble, and Music Ensembles. traditional, ”Ginn said.

“Adam’s willingness to explore multiple genres of music and combine them into a very accessible and moving style makes him one of the most unique voices in American music today. I want our current students to see in Adam what is possible when they open up to the beauty of all music rather than just one style. I also want them to see that no matter where they are from, they can set themselves and achieve very high goals.