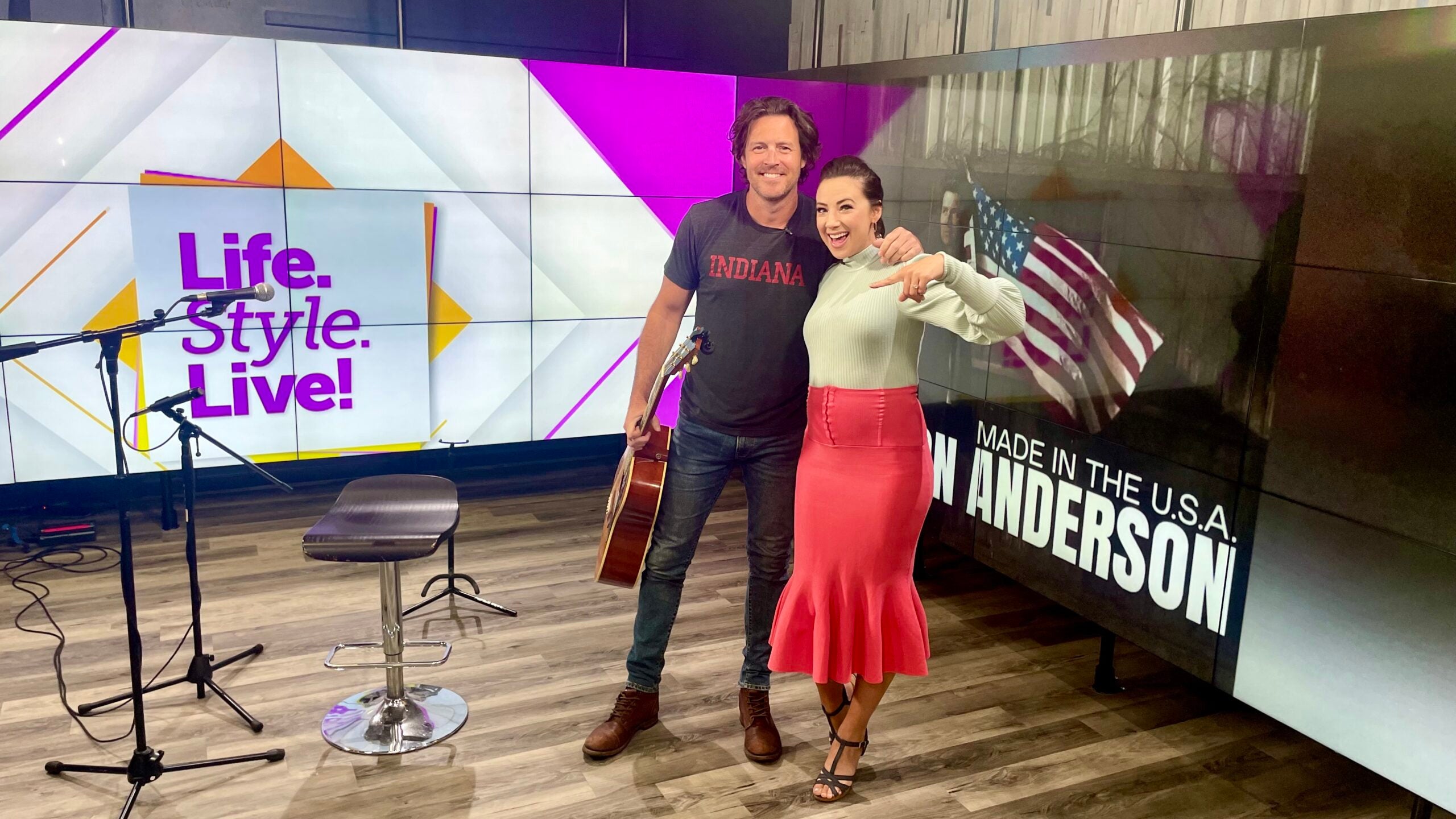 Road-tested artist Clayton Andersonwill publish”Made in the USA”, his first full album since signing with Visionary Media Group in 2021, on September 16.

His new fan track and Midwestern anthem, “Indiana,” is a rhythmic ode to his home state at America’s Crossroads, was released today, August 12 (8.12). 812 is the area code for southern Indiana, where Anderson grew up.

“Every song on this album has a special meaning to me,” Anderson says. “It’s my most vulnerable job and I’m delighted to have worked alongside Dave [Audé]Brandon [Hood]Anastasia [Brown] and the entire Visionary Media Group team. Performing my songs live on the Lake Tour was a blast. People know every word of “Show Me Your Fish”, thanks to our friends at hook and barrel, and our newest track “Made In The USA” has people raising their hands and singing along. There’s no better feeling than knowing you can bring thousands of people together through music. I am truly blessed.

Producer Brandon Hood adds, “Clayton’s upbeat energy combined with his seasoned performer quality really shines through in the studio. It doesn’t work when you work with Clayton. I’m a fan!”

With 12 tracks (eight co-written by Anderson), Made in the USA is his most introspective album to date – sharing his deepest dreams, fears and pride in hard work, while delivering the raucous, feel-good tunes that have won him engaged fans across America and top placements with top brands like Ford, Major League Fishing, the Indianapolis Colts and ESPN, as well as editorial playlists on Spotify, Apple Music and Amazon Music.

Anderson’s childhood in the Midwest shaped the carefree singer, who grew up fishing, boating and playing guitar on the lakes of southern Indiana. After releasing the album “Show Me Your Fish” (by Anderson, Christian “Davis” Stalnecker and Grammy-winning Dave Audé) earlier this year – crowned “fishing song of the year” by Hook & Barrel Magazine — Anderson again pays homage to his roots and the state that built him with his new single “Indiana” (Anderson, Audé, Stalnecker), released today.

“One of the highlights of my career was working with Clayton Anderson,” says producer Dave Audé. “There is a vibe and energy from him and his music that quickly makes everyone want to hang out with Clayton. I’m super excited for the world to hear the music we made!

Heavily inspired by the hulking musical heroes of the Hoosier State (John Mellencamp, John Hiatt and Michael Jackson), Anderson launched his career at Indiana University where he cut his teeth playing on the fraternity circuit before winning Kenny Chesney’s Next Big Star bands battle in 2008. He then moved to Nashville for “Get After It” – a personal creed for Anderson, who, along with co-writers Nash Overstreet and Shane Stevens, channeled the motivational message into an anthem for those who work hard to play hard. Ford – the hardest-working truck brand – has selected “Get After It” for its national Spring Truck Month ad campaign.

The second self-titled single from Made In The USA (written by Brandon Hood, Parker Welling and Aaron Parker) was released on May 25, just in time for Memorial Day. Watch the lyrics video here.

“‘Made In The USA’ is full of that classic spirit of Bruce Springsteen and John Mellencamp — that energy of small-town youth looking for love and a way out,” Anderson says. “America has always been a melting pot, wrapping its arms around everyone who comes here to pursue their dreams…It meant a lot to me to post this for Memorial Day because I have such gratitude for every person lost in service. in the US military. This song represents the American dream – a dream they gave their lives for and I don’t take any of that for granted.

Country singer-songwriter with Midwestern rock flair, Clayton Anderson grew up on the lakes of southern Indiana – fishing, boating and playing guitar. As a student at Indiana University, he launched his music career, building a fan base after performing at local bars and parties. In 2008, he took the stage at Kenny Chesney’s Next Big Star Battle in Cincinnati and emerged victorious. He released his first album.