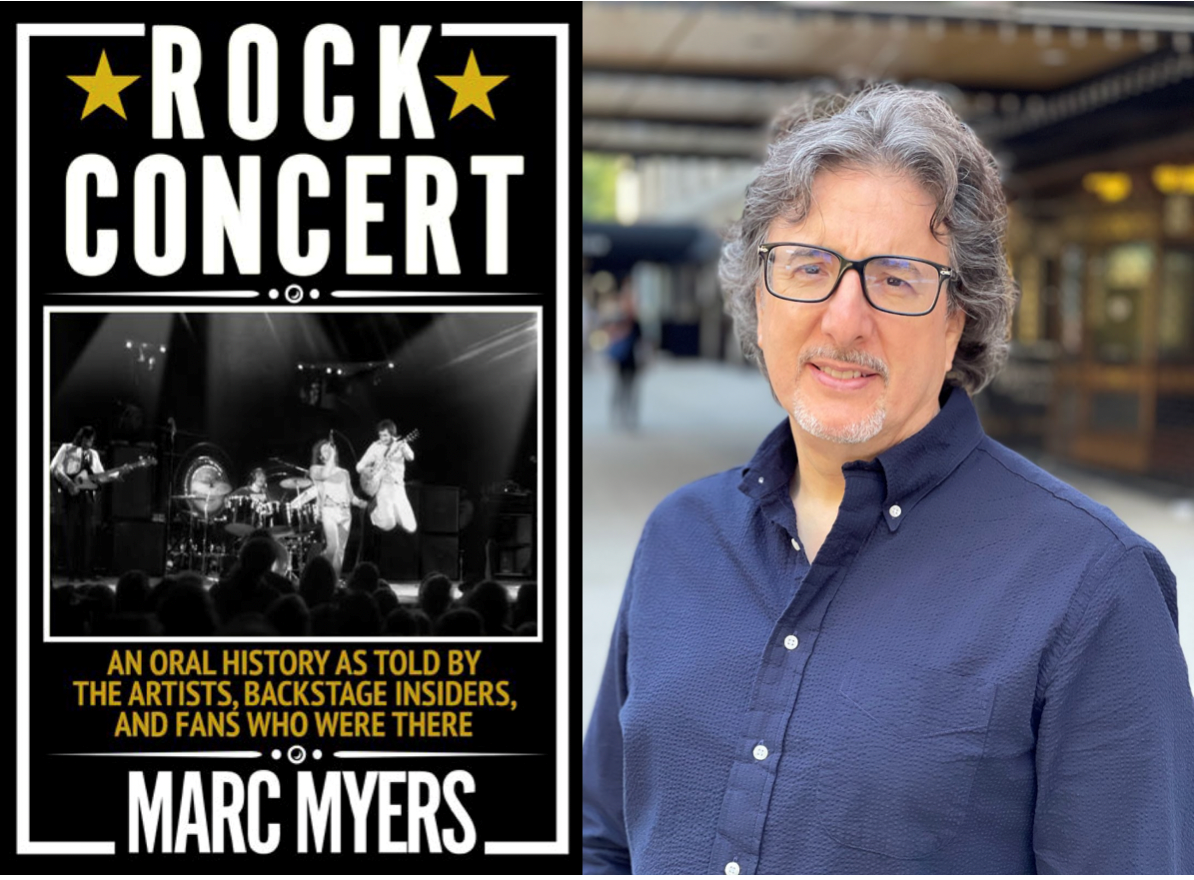 
Author and music journalist MARC MYERS’ new book, ROCK CONCERT, explores the oral history of the evolution of the rock concert, from 1950 to 1985, and features interviews with ALICE COOPER, STEVE MILLER, BOB WEIR and many others. ‘others. ROCK CONCERT: AN ORAL HISTORY TOLD BY THE ARTISTS, BACKSTAGE INSIDERS AND FANS WHO WERE THERE VIA GROVE ATLANTIC is now available online and in-store.

The book explores the story of the concert’s evolution from its humble beginnings to its transformation into society in the 1980s. Readers are guided through four decades of rock and roll history with first-hand accounts from DJs, promoters, artists and fans who were there. From the first rock concert in LOS ANGELES in 1951 to LIVE AID in 1985, readers discover how live R&B became rock ‘n’ roll and then rock.

Featuring interviews with ALICE COOPER, ROGER WATERS, STEVE MILLER, CHRIS FRANTZ and many more, ROCK CONCERT presents a 360-degree account of the rise and triumph of live rock by weaving groundbreaking stories from those who were on stage, backstage, behind the scenes and in the audience.

« see more news from the net