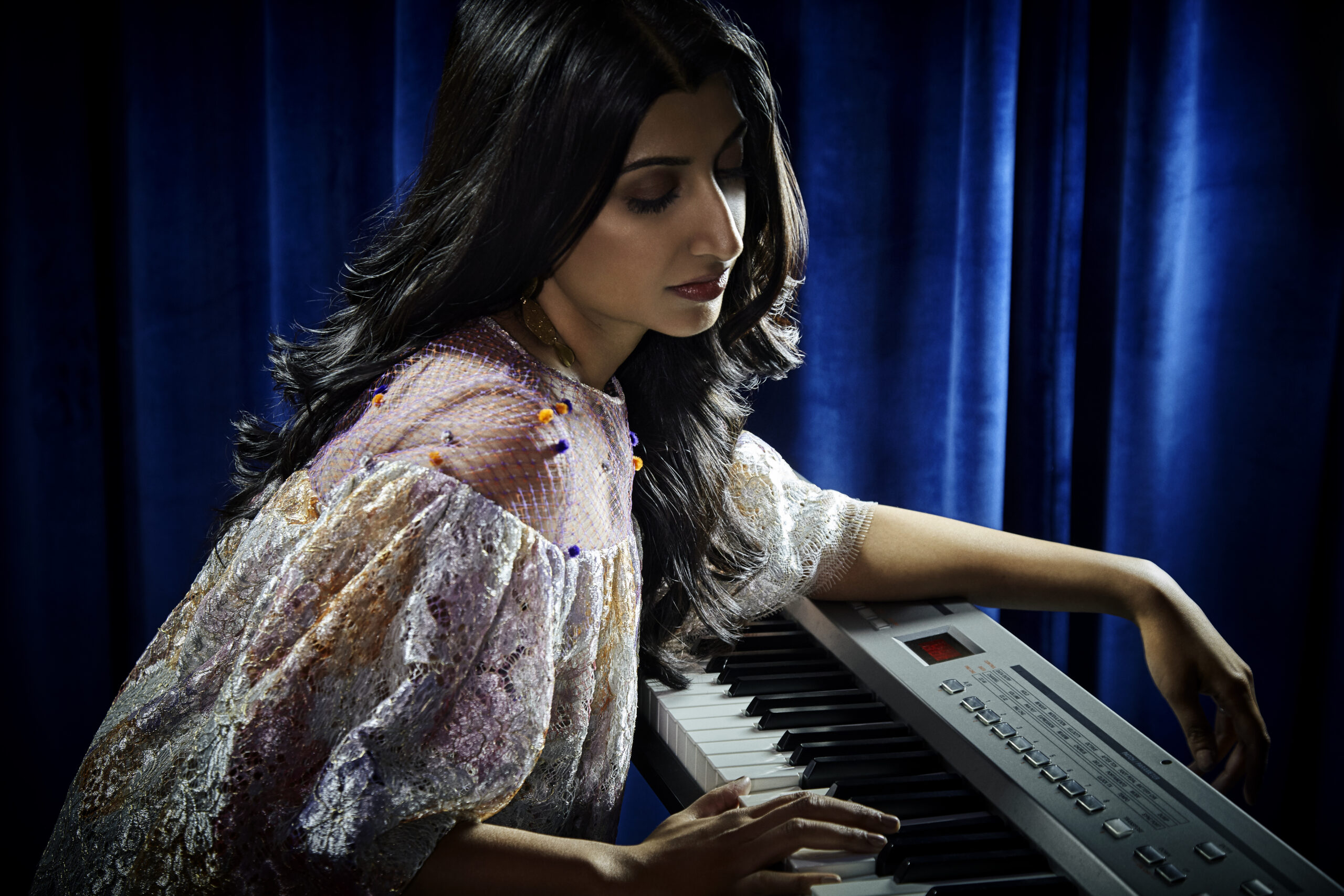 Atlanta-based singer-songwriter Anita Aysola is a musical mixologist, blending jazz and blues with classic rock and traditional Indian influence in her music. This Saturday, November 19, she will share the stage with Ruby Velle and the Soulphonics at Wild Heaven West End Brewery.

Aysola joined “City Lights” host Lois Reitzes via Zoom to talk about her multicultural heritage and her passion for advocacy through music.

“I really feel that my music now reflects part of my unique upbringing,” Aysola said. “I studied classical piano from the age of five, and also started studying Indian classical singing almost as young, and grew up in an Indian family with very traditional Indian family influences and music Indian all the time. But then I also had all of these American influences in my life… loving popular music, falling in love with jazz and blues, and along the way, all of these influences came together when I started writing.

“For a long time, I felt neither American nor Indian; nor completely in one place or the other, and maybe felt like a stranger here for a while. And over time, I learned to really accept that I was this mixture of different backgrounds, and that’s actually what makes me very American. I can really feel part of the American landscape and what that means, and contribute to it, and be proud of that contribution.

About his desire for music with a political message:

“I was, in many ways, a shy and quiet person, and as I emerged and grew into adulthood, I recognized the importance of my voice and the importance of my participation in the government,” Aysola said. “I didn’t expect him to really emerge in my music. In fact, one of my songs, “Tourist in Every Town”, I wrote it years ago, and I wrote it for my mother. She’s an Indian immigrant, and she came here, had American kids, basically, and there was a long period where we had to grow up to understand each other… There must be a certain point where [media] the rhetoric turned anti-immigrant, and suddenly these explorations that I was doing, or just being who I was, felt like a political statement.

“It really came to a head about three years ago in Georgia when the ‘Heartbeat Bill’ came through, HB481,” Aysola recounted. “I call my senators, I call my representatives, I vote, I try to vote in every election, in every primary, in every local; and i always felt so helpless about what was going on…i felt really, really committed to this cause and women’s rights and human rights, and what was happening really upset me, so i channeled that and wrote the song ‘Heartbeat,’ and that was a really important and powerful moment for me where I realized that activism was going to show up in my music, and I had to allow it, and not be afraid of it.

“It’s pretty rare in Atlanta to see South Asian bands and artists, so creating a party that deliberately celebrates is really meaningful. And for me, over the last few years, there seems to be so much more awareness of the Indian cultural heritage here in America, and even just the way we talk about Diwali now, the way it’s now a school holiday in some schools… [It’s] such a contrast to how I grew up, when there wasn’t much awareness of my heritage or where I came from, and it wasn’t even discussed. And so now having come such a long way from there to all the way on the other end where I feel like the Indo-American and South Asian population in America is now very much recognized as part of the fabric of America , that makes me so happy.

Anita Aysola will perform alongside Ruby Velle and Soulphonics at the Wild Heaven West End Brewery on November 19. Tickets and more information are available here.