A music book for beginners and connoisseurs 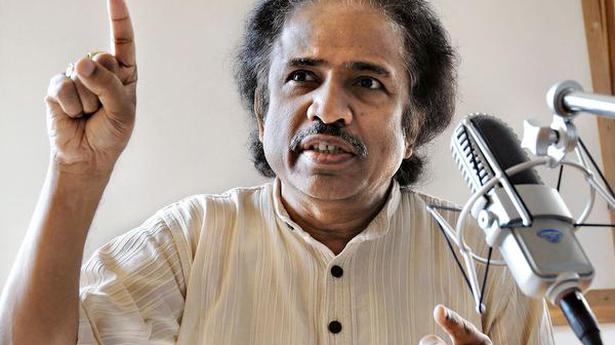 The book, + Classical Music of India, by L. Subramaniam and Viji Subramaniam is aimed at both beginners and connoisseurs.

Subramaniam did not stop there. For a wider view, the maestro violinist has come up with a new book, Classical Music of India: A Practical Guide which examines the subtleties of Carnatic and Hindustani forms. â€œI started the book some time ago with my wife, Viji. She was an accomplished songwriter and singer. Her work at Mira Nair Salaam Bombay and Mississippi Masala was much appreciated.

Subramaniam and Viji had released the book, Euphony. Viji died in 1995 after a long battle with cancer. â€œI wanted to reinvent the book with more explanation spanning two more decades of developments in music. It took me a while to release the content in this format, â€says Subramaniam, adding that the book will provide information on aspects of classical Indian forms.

The book contains explanations of the historical relevance of Indian music through the ages. It contains introductions and short biographical sketches of the holy composers of the golden age of Carnatic music in the 18th century. The book mentions nearly 30 star composers, starting with the Telugu composer Bhadrachala Ramdas born in 1620. Twentieth century musicians, including Subbarama Bhagavatar, violinist Prof. V. Lakshminarayana and Dr M. Balamuralikrishna are also included in the book.

â€œIt also traces the history of two classical Indian forms and describes the different types of musical instruments that are unique to those forms,â€ Subramaniam explains.

Drawing a comparison of the two systems of music, Carnatic and Hindustani, the book is a reflection of the two authors’ experiences as performers, their perceptions on various theoretical and practical aspects of music. This book is aimed at both beginners and connoisseurs.

â€œA student would learn who our composers were and understand the idiomatic differences between the two classical forms. For the enthusiast, the history of musical forms and instruments is an interesting read. Nevertheless, it is not possible to go through the entire history of Indian music in one chapter, says Subramaniam in the chapter on history.

The chapter on classical music covers the ancient period while the medieval period is represented by Jayadeva and Sarangadeva Sangita Ratnakara. It also highlights the developments in the carnatic music of Sri Vidyaranya (b.1320), Annamacharya (b.1424) and Purandaradasa (b1484); in the post-independence period. â€œThis is simply a glimpse into musical development through the ages. “

Other chapters explain melodic notation and system, rhythmic concepts and forms, and a wide range of musical instruments from the Natyashastra period.

Subramaniam, son of violin virtuoso V Lakshminarayana, after a bachelor’s degree in medicine, wanted to turn to music and applied for admission to the master of fine arts at the California Institute of Arts. â€œAfter I got a teaching job, I realized there was a dearth of books on Indian classical music. Those that were accessible emphasized historical and mythological aspects. However, a practical book on music theory for a practical musician never existed. I started to write several points based on my father’s handwritten notes, and I added them to the research I did with Viji, â€explains Subramaniam.